There’s a reason why the Airbnb business model is so successful. The company doesn’t actually own any homes, yet it has built a technological infrastructure that is used the world over where people enjoy booking homestays and tourism experiences.

The model has been replicated elsewhere. Think Uber, another tech company that’s started a revolution with its peer-to-peer ridesharing model where it becomes easier for people to offer cab services and food delivery.

The next potential disruptor appears to be the peer-to-peer car rental model. Just recently the founder of Car & Away made bold statements about wanting to shake up the car rental industry and being the next ‘Airbnb of cars’.

He’s not the only one to offer this type of model in the UK. Turo’s founder has made a similar pledge.

It’s no surprise that people want to take advantage of the idle cars that sit in their driveways and car parks. There are apparently one billion cars in the world and with the rate of manufacture there are bound to be many more in years to come.

Cars are expensive to own and maintain. You have to get them fixed. They’re abused on the road and the tyres and exterior of cars get a hammering from trolleys, unkempt roads and the elements.

What’s more, cars are a depreciating asset that cost people a fortune to run, especially if they’re petrol or diesel powered and if we need to park them at shopping malls or train station car parks to commute into major cities like London.

There has to be a way to make money out of this asset that costs us a fortune. And there are companies out there that are enticing car owners to take advantage of this. Car & Away, for example, have started their business by establishing a partnership with major airports like Gatwick. Their business model is to appeal to those drivers who’ve decided to use their own cars as a mode of transport to the airports.

Airport parking is expensive but they’re offering an alternative to customers by offering them the option to rent out their cars to other travelers while they are away on holiday.

It’s, effectively, a win-win situation as travelers get to hire cars that are deemed cheaper than the more establish car rental companies, while the owners of the vehicle get to off-set the income they gain against the cost of parking their car at the airport. Any extra money they get out of the deal, they get to pocket and spend elsewhere.

It’s a clever idea because companies like Car & Away also have ambitions to roll the service out to car owners that leave their vehicles parked in the driveway. They’re making use of sophisticated tech that enables renters to access the cars via keyless technology.

But with all of this comes much risk. There’s always a risk of injury, theft, accidents and other unforeseen incidences, such as breakdowns.

Of course, these peer-to-peer car rental providers have already mitigated against such events by collaborating with an insurer. What’s noticeable, however, is that the same insurer is often mentioned time and time again.

It may be because this insurer specialises in this type of product. It’s a new(ish) venture after all and some insurers and brokers may be hesitant to offer a product in a market that’s not been tried and tested for a number of years.

But with the increasing appeal of Airbnb-type business models, the question is: ‘Can you afford to be out of this game for long?’

Image by TeroVesalainen from Pixabay 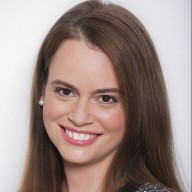 Angelique Ruzicka is a personal finance and business journalist with a special interest in technology. She writes for RiskHeads and SchemeServe on a regular basis.

8 Ways of protecting your business against phishing scams

Value over Cost: The True Worth of Software to Insurance Brokers

Slacktivism vs. action: how to get real customer engagement instead of just ‘likes’

In a global business environment the number one asset for an enterprise is its data. It’s data that enables the fine-tuning of products and research...