Artificial Intelligence (AI) has been the stuff of sci-fi geekdom for decades. Of course, for those of us of a certain age, our notion of super-intelligent, sentient machinery has been shaped somewhat by C3-PO and R2-D2 in Star Wars, HAL from 2001, or Marvin the Manically Depressed Robot of Douglas Adams’ Hitchhiker’s Guide to the Galaxy.

And, as entertaining as it might be to think of squabbling droids in a galaxy far, far away, the reality of AI is considerably closer to home.

What we mean by AI

Removing ourselves from the influence of Hollywood visionaries, the concept of AI in a real-world sense is the development of a machine, or machinery, that has the ability to carry out any task that requires some form of ‘human intelligence’.

The ability to grasp concepts, analyse data or information; to understand language, the spoken word, or other modes of communication – possibly translating these into different formats.

Or even the ability to process information in order to provide advice, or make a logic-based decision, maybe carry out a particular action or function.

And in a world that operates upon cloud-based, digital and mobile platforms, where technological innovation occurs with such astonishing rapidity, so the potential of AI, and the seeming limitless possibilities, has an environment in which to truly thrive and exponentially grow.

The one thing to understand about AI is that it’s no longer a futuristic ideal. It’s a technological advancement that’s already, somewhat stealthily, inured itself into the world around us.

We’ve spoken before about the emergence of the Internet of Things (IoT), of how we are connecting devices and physical items via mobile and Wi-Fi internet. At the heart of such innovation is the concept of AI. Computer programmes with the ability to connect, communicate, and control.

It’s the driving force behind the way we, as humans, communicate and engage with our devices.

It’s how we can ask Siri to find Uncle Dave’s contact details, or the location of the nearest Dominos.

And it’s the way that Amazon’s Alexa has burst into public consciousness, fast-becoming everyone’s favourite personal assistant in the home. Always listening to our needs, to inform us of the weather forecast, helping us to remember certain tasks around the house, reacting to our voices, recommending music based on our past preferences or Spotify playlist.

Suddenly, those sci-fi ‘bots mentioned above, don’t sound quite as far-fetched as once they did.

The AI Effect on Business

Productivity and profit: the driving factors of any business.

This is the field in which AI’s potential is likely to garner most interest. And with very good reason.

AI offers the scope to automate processes that would once have been laborious, time-consuming human tasks. For instance:

For many, naturally, there’s sure to be a certain reticence in putting faith in technology at the expense of human interaction. But this might be to miss the point.

We may live in tech dominated world, but that doesn’t mean human contact is growing obsolete. Far from it, in fact. The way we communicate may have changed but businesses, at their heart, still rely on people.

For rather than handing the reins over to the machines – and anyone who’s seen Terminator will know the inherent danger of that – AI is best utilised as an extension of our existing corporate landscape.

A technology that’s almost organically immersed into the fabric of how we do things, complementing, rather than replacing the human element. Taking on the tasks that drain productivity, allowing employees the scope and the time to focus on those tasks that deliver growth and drive added value. 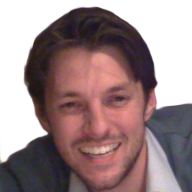 More than Just Hackers – The holistic approach to online security

How to use technology to get on top of claims fraud

Should your business get an app?

Cyber attacks – are you ready?

Can you afford to see insurance only in black and white?

I'm fascinated by an industry so reliant on accurate data, which at the same time is so utterly starved of it. Spotting new trends in...