The exact definition of GWP “Gross Written Premium” is often shrouded in mystery.

Recently I needed to use a projected Premium Income figure and after many Google searches I failed to find the same definition across many sites; this is clearly a bit of a grey area, which I thought over at RiskHeads we could do some work to clear up.

It would be great to hear from any Brokers or Insurers regarding the definitions that they currently use as this does seem to vary depending on where you sit in the selling chain.

My initial thoughts were that we were looking for a figure that fully reflected the Income of an Insurer or Broker.

On this basis I thought that Gross Premium including Policy Fees and IPT would be a good base point as it represents the Total Premium that the policyholder actually pays for the insurance.

It was fairly quickly pointed out that neither Brokers or Insurers would ever include IPT in this calculation as they only collect the tax and pass this on to the government – it is not income as far as either are concerned.

This seems to make sense but I wonder how a Broker then values his book of business?

In some ways Premium including IPT and Policy Fee would be a true reflection of the companies Turnover as it’s the income derived from their activities.

I am tending to think now that IPT is clearly not an item that should be included simply because it is not retained by either party.

This then raises the issue of whether Policy Fees should be included in the calculation.

These are direct income to the Broker but not to the Insurer so are we now looking at the definition being different for a Broker and an Insurer?

My feelings on this are that any Policy Fees are actual income which is kept and from a Brokers perspective they should be included.

This would then suggest that the value of the same contract is more to the Broker than the Insurer as they will not be ware what Policy Fees are being charged.

I have had some feedback that Policy Fees should also be excluded.

Having thought this through I wondered what would happen then if a Broker was rebating all of their Commission and was working for a higher fee than normal to the Client.

Surely this could not be excluded as the Policy Fee being collected is part of the payment, all of which is retained?

If it were excluded would this then not mean that the value of the contact was understated and where would the Policy Fees ever be represented in Turnover?

At present I think my conclusion is that a correct definition for a Broker is Total Premium after any underwriting discounts, including Policy Fees but excluding IPT.

For an Insurer even though they were looking at the same contract their definition would be different and would be Total Premium after any underwriting discounts, excluding Policy Fees and IPT so that they can accurately assess loss ratios of Premium versus Claims.

I am sure there are many different opinions available and I would very much like to receive these and to create a general discussion on this rather cloudy issue. 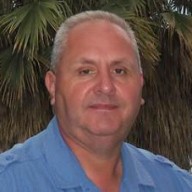 Colin is our resident technical writer, insurance glossary guru and underwriter for 35 years. His talents include the ability to extract innovative insurance product designs from customers they didn't know they had in them and to advise the rest of the team on all golfing matters.
WebsiteTwitterLinkedIn

What is Software as a Service (SaaS) and How Does it Impact on the Insurance Industry?

The Lapse Ratio – What is it? How do you Calculate it?

What are the risks and opportunities of AI?

Artificial intelligence (AI) is nothing new. According to Lloyds of London’s 2019 AI Report it has been a significant presence on and off for over...